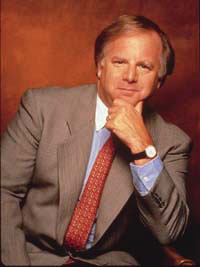 Be sure to read the Mr. Slatkin's welcome message

HE WAS BORN IN: Los Angeles, California. His father, violinist-conductor Felix Slatkin, and his mother, cellist Eleanor Aller, were members of the famed Hollywood String Quartet.

WHEN HE WAS YOUNG, HE PLAYED THE:

violin, viola, and piano. He began to play the violin when he was only two and a half years old. Mr. Slatkin began studying conducting with his father. He then studied at the Julliard School in New York City and has conducted orhcestras throughout the United States and the world. He is now the Music Director and the conductor of the National Symphony Orchestra.

HIGHLIGHTS OF MR. SLATKIN'S CAREER INCLUDE:

Mr. Slatkin made his debut with the National Symphony Orchestra in 1978 and subsequently appeared with the Orchestra both at the Kennedy Center and at Wolf Trap. Additional noteworthy Washington-area appearances prior to his appointment as National Symphony Orchestra Music Director include concerts with the Saint Louis Symphony at the Kennedy Center, a White House performance, and an appearance leading the American-Soviet Youth Orchestra on the West Lawn of the U.S. Capitol.

In 1992 Mr. Slatkin became artistic director of the Cleveland Orchestra's Blossom Music Festival, the first such appointment in the Festival's history, and one created especially for his innovative programming approach. Previously he had achieved distinction as the founder of the Minnesota Orchestra's Sommerfest, which he served as director for a decade. International festival responsibilities have included the artistic directorship of the 1994 Festival of American Music at London's South Bank Centre, exploring a wide range of repertoire and films.

Throughout his career Mr. Slatkin has demonstrated a continuing commitment to arts education and to reaching diverse audiences. In 1969 he founded the Saint Louis Symphony Youth Orchestra and he has worked with numerous young musicians in this country and abroad. In 1990 he was one of the principal conductors for the world tour of the American-Soviet Youth Orchestra, and he has also directed the European Community Youth Orchestra. This commitment is also reflected in his work with student orchestras at Curtis Institute of Music, The Juilliard School, Manhattan School, and the Eastman School, and with young musicians and teachers across the country through the NSO American Residencies program. He has participated in several benefit performances on behalf of youth orchestras in the Washington area and beyond. In addition, when the DC Youth Orchestra's public funding was cut back, he orchestrated a consortium to replace the missing funding, continuing the public music education of 130 children who otherwise would have been cut from the program.

YOU MAY NOT KNOW THAT:

Mr. Slatkin loves baseball. He also enjoys spending time with his son, who is almost five, and his dog, Margie. Mr. Slatkin has made over 100 recordings with the National Symphony Orchestra, the Saint Louis Symphony Orchestra, and various other orchestras. The first recording he made with the National Symphony won a Grammy Award for Best Classical Recording in 1996. Mr. Slatkin's recordings have won a total of four Grammy Awards and have been nominated over 50 times.